Rosemount High School is Bursting at its Seams 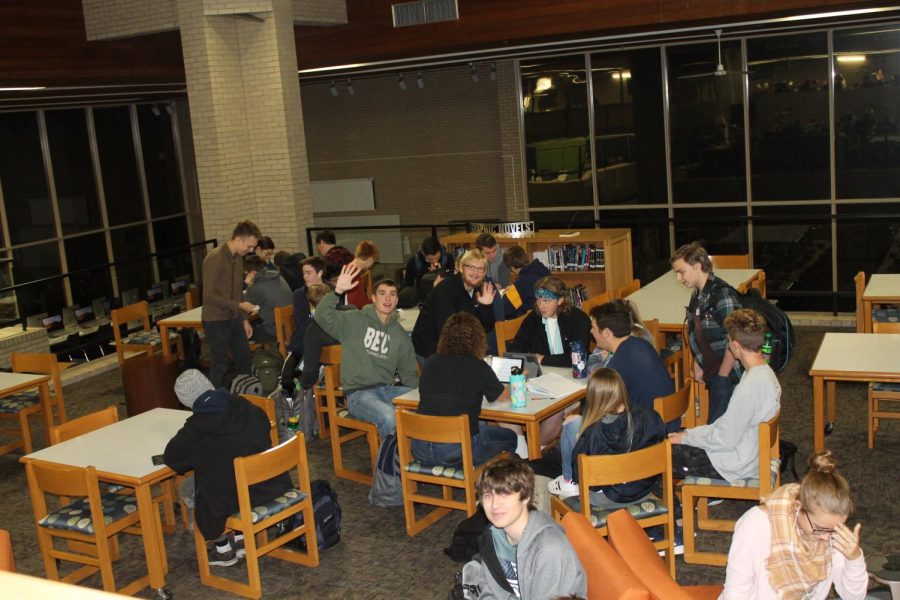 Waking up at six or even five in the morning isn’t easy, especially for a sleepy high schooler. Surprisingly, as much as being tired sucks, that’s not quite the worst part of the morning. In the dullness of the early morning, I look out the window of the bus and see what was dreaded all weekend: school. As the bus pulls up to the school, every tired high schooler nightmare comes true. Time to walk into school and start another long week. After the enjoyable weekend, it’s easy to get startled once you step foot in the school again. The weekend fogs your brain’s memory of just how stuffed the hallways always are. The beige walls are almost hard to see when you’re tightly surrounded by a crowd of sweaty bodies. The packed hallways are a part of every Rosemount High School student’s day, but where is the line? How much is too much?

In Rosemount High School, we currently have around 2,100 students enrolled. We are on the largest schools in Minnesota. We are now the same size we were when Eastview became a school and we had to split. This number is fairly large since the Minnesota average, is less than a quarter of the number of students we have. According to publicschoolreview.com, the average public high school in Minnesota has 438 students. That’s crazy! So why do these numbers even matter? Yeah, we have a lot of students, big deal. Here’s the deal: our school’s population has been growing at an increasingly dangerous rate. In 2015, our school was nearly 200 students smaller which is equivalent to 6 classrooms. Not only are the hallways becoming more jam-packed, but now there is the problem of the safety of each student. The crowded hallways and sweaty bodies aren’t just a nuance anymore; they’re a safety hazard. According to hometownsource.com, our own principle Mr. Roback admitted,“we had absolutely outgrown the space.” He said this while explaining the new renovations to the school. With 12,000 square feet of added building space last school year, 2018-2019. Even though it’s an improvement, this additional space isn’t enough.

This year, as predicted, the school is even more crowded than before. Pep rallies last year already had a large number of students have to sit on the gym floor. That was the only option since there weren’t enough benches. On the mock crash last May, the gym was packed to the brim. Everyone had to scoot in as tightly as they could. Mind you, the juniors and seniors were outside watching the mock crash. This means that the gym could barely hold half of the students in Rosemount High School. Although the efforts toward expanding are appreciated, this problem is still yet to be solved.