The Film That Shook Hollywood 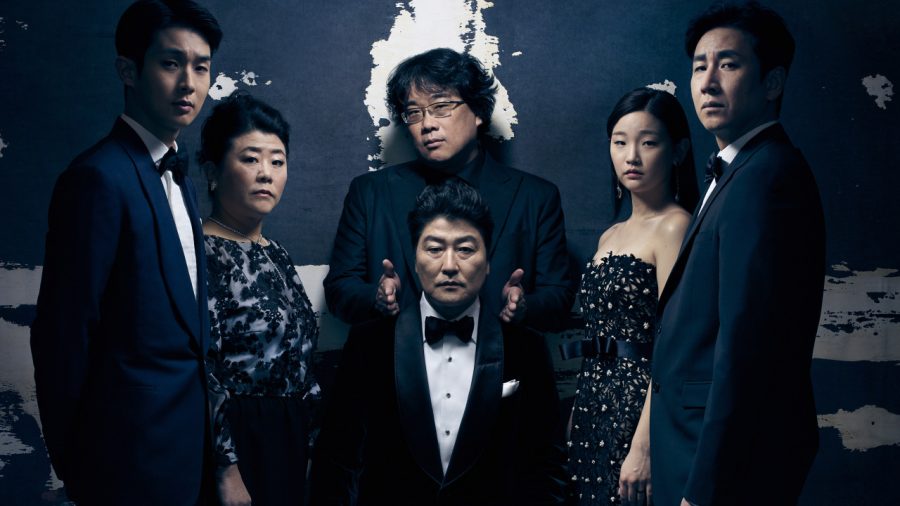 Parasite follows two families: The Kims, who live in the ghetto area of the city in a basement apartment. The son, Ki-woo, portrayed by Choi Woo-shik, finds a way to get a job as an English tutor for the rich Park family, who live on top of the hill overlooking the city in a luxurious mansion. Ki-woo begins to find a way for the rest of his family members to obtain jobs at the mansion as well. As the Kims work for the wealthy family, they soon unravel a dark secret within the mansion. The Kims discover that the former housekeeper’s family is living in the basement unbeknownst to the Parks. The Kims begin to fight with the other family in an effort to be the sole winner of the ‘scraps’ left by the Parks.

I’m just going to get the critiques immediately out of the way because this movie has little to no errors. For those viewers who tend to be on the queasy end, the film contains a multitude of gory shots. The gory shots however are necessary and provide some of the most iconic shots of the entire film. The film is also in Korean and contains subtitles. The subtitles are not too big of an issue and the viewer is easily able to settle in.

The film itself is a masterpiece from start to finish. Bong Joon Ho has continued his hot streak in the American market. The cinematography of the film’s coloring teamed with Bong’s directing leads to a visual feast. The director expertly crafts even more of a divide between the classes presented by using the coloring. Often, when the Kim family is presented on screen, the coloring takes on a dark and muted grey tone, while whenever the Parks are presented, the coloring becomes bright, vivacious colors. Towards the pinnacle moments of the film, the two blend and cause a cinematography nuts’ mind to explode. The film expertly uses pacing to its advantage, slowing down in some portions and being lighting quick in other portions to play with the viewer’s emotions.  Bong Joon Ho inserts the most obscure details into his shots, that often on an initial run-through seem odd, but on secondary viewings are gargantuan indicators of what is to come. Directorially, the film contains amazing shots that are guaranteed to leave audiences speechless and fearing that the shots will recur in their dreams. The film also does a tremendous job of displaying the class system in modern society. Bong Joon Ho uses excellent imagery to illustrate the disparaging gap between a family that is so low that they literally live underground and a family so high that they live on top of a hill. The film chillingly shows how the Kims don’t even fight with the Parks over the divide, but instead fight literally for scraps with the housekeeper’s family. The film ends on a powerfully chilling note that leaves the audience scrambling to pick their jaw up off the floor.

Well and truly, Parasite slots into the top 10 films I’ve ever seen. If he wasn’t in before, Bong Joon Ho has reserved his place among the directorially elite of Hollywood. It’s unfortunate that many may not watch the film due to it being subtitled, to which Bong addressed in his Golden Globes speech saying, “Once you overcome the one-inch tall barrier of subtitles, you will be introduced to so many more amazing films.” I rate this film as a must watch, 10/10. It also presents an exciting opportunity for future foreign language films being presented and recognized in the United States. Of my top 10 list, 3 are foreign language films; Parasite(Korea), The Salesman(Iran), and Roma(Mexico). All three, respectively, have won Best Foreign Picture in the past. Make sure you don’t miss Parasite, because you’d be missing out on one of the best films of the last decade.