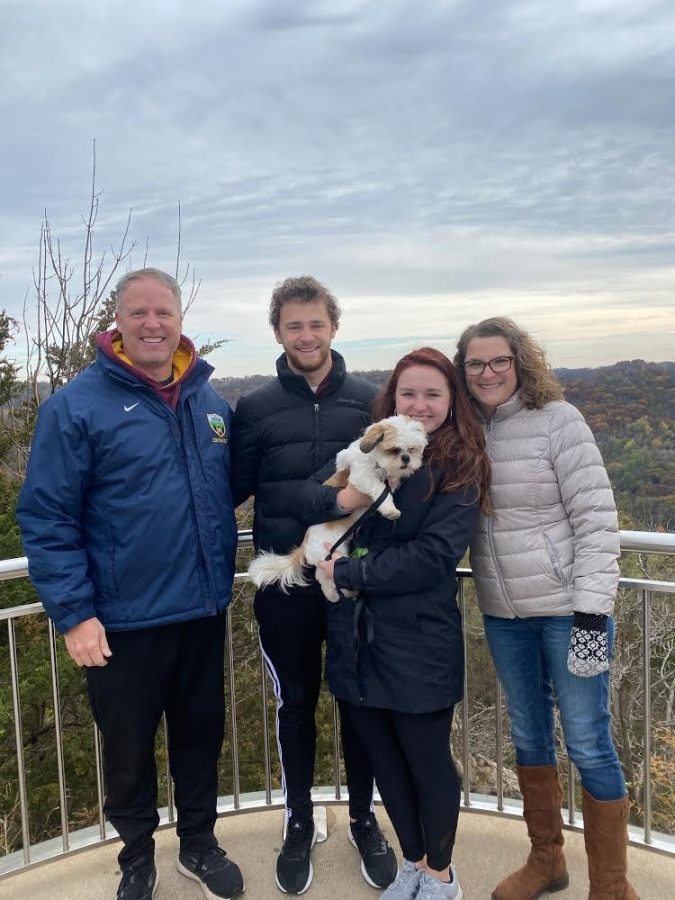 In 2017, Mr. Floersch received his first award for being a State Finalist:
The Presidential Award of Excellence for Math and Science Teachers. This is a national award that is recognized by not only many teachers, but the president. He is very humbled by the awards he has received and thankful for his family, students and colleagues support.

Michael Floersch comes from a large family; he grew up with eleven
brothers and sisters—five of whom are adopted. He lived in southern Minneapolis and as he got older he joined the Military Police Army National Guard for six years. He also attended the University of St. Thomas as well as Mankato State. At St. Thomas, he earned a license and certificate to teach soccer, he majored in mathematics, and obtained a teaching license. Mr. Floersch played many sports when he was younger: soccer, basketball, baseball, track and field. The sports he played since childhood inspired him to begin coaching at RHS. He has been teaching at Rosemount for 25 years now!

Since students are online now, they are no longer experiencing that
community aspect in school. Mr. Floersch deeply misses seeing his students in the classroom and connecting with them. Something he misses most is when students would stay after school for extra help. Zoom isn’t the same communication as in person learning, but Mr. Floersch will do whatever is necessary to help his students learn. For his students going off to college, he believes it is important to learn to advocate for yourself. Not much may change once kids begin college. During Mr. Floersch’s years of college, he found that freshman year was all on him. There is lots of learning time, but he believes it is important to make time to relax and take a step back from work.