President Biden Announces a Death Toll of 500,000 from the COVID-19 Pandemic 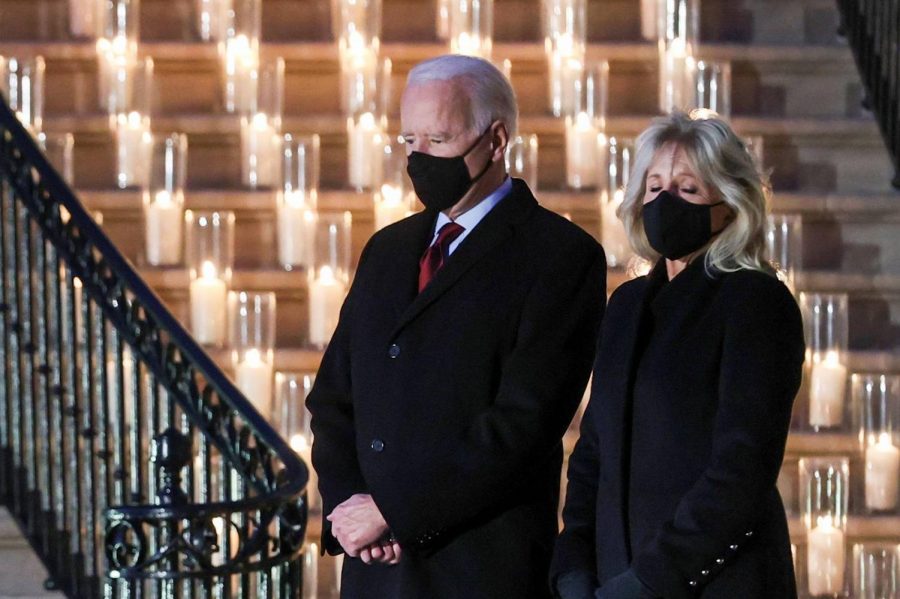 The United States Hitting the 500,000 Death Toll from the COVID-19 Pandemic
On Monday, February 20th, 2021, the United States hit 500,000 deaths from the COVID-19 pandemic. According to Johns Hopkins Corona virus Resource Center, which puts the US at the most deaths in the world. Later Monday, President Joe Biden addressed the nation in a somber speech in remembrance of the 500,000 deaths. Within his speech, he empathized with the victims’ families by explaining how his family knows how hard it can be to lose someone. Biden referred to the death of his first wife and his then one-year-old daughter in 1972 due to a fatal car crash, and later on, he lost his son Beau Biden in 2015 due to brain cancer. He uses his experience with grief to express his sorrow with the loss of the 500,000 Americans. He then came to talk about how the fatalities were “Our fellow Americans. It’s our neighbors, our friends, our mothers, our fathers, our sons, our daughters, husbands, wives, we have to fight this together as one people as the United States of America.” (Source of Quote). He then exclaimed that we cannot be numb to our situation and that we need to take steps to get better.
After Biden’s speech, he and First Lady Jill Biden, Vice President Kamala Harris, and Second Gentlemen Doug Emhoff went outside of the white house for a remembrance ceremony for the 500,000 dead Americans. The National Cathedral rang the bells 500 times for every 1,000 Americans who died from COVID. At sunset, the ceremony had the First and Second Families surrounded by candles that represented those who have died and the marine band playing “Amazing Grace,” Which preceded the moment of silence for those who have died.
Anthony Fauci, the US’s top infectious disease expert, in an interview with Reuters on Monday, in response to the 500,000 deaths, exclaimed, “I believe it should not have happened.” Along with saying that the death toll was “stunning,” he talked about how political divisions in the US significantly contributed to the death toll in that same interview. He was referring to the lackluster approach to the pandemic the Trump Administration rolled out. All of this is playing out before the 1-year anniversary of the pandemic with the widespread shutdowns and quarantine of the United States.