The Reason Global Warming Is So Cold 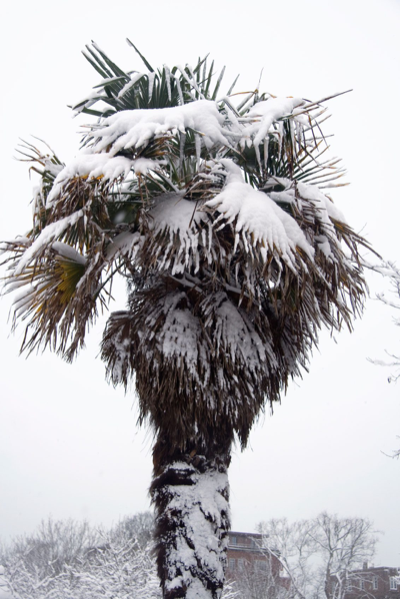 Studies by NASA indicate that Earth’s climate is warming, yet in the past decade, North America has recorded some of its coldest winters ever, according to the University of Nebraska–Lincoln.

Why is it that as average global temperatures increase, our winters grow colder?

Scientific data suggests this is related to the polar jet stream. Based on their findings, it is becoming unstable. But what exactly is it—and what does it do?

The NWS states that the polar jet stream is a powerful band of wind circling through Earth’s lower stratosphere at the Arctic latitudes that originates from extreme temperature differences—warm and cold air masses meet and form a high-speed current that separates them from each other, creating a balance in temperatures. Recent research points to this balance weakening.

According to the NOAA, due to greenhouse gas emissions causing the atmosphere to retain heat, the stratosphere can become too warm. This disruption causes the polar jet stream to lose its consistency and shift south as it weakens. Warm air floods into the polar regions and cold air reaches the southern United States. Temperatures plummet for as long as several weeks, an event known as a cold wave or a “cold snap.”

The NWS reported snowfall as high as 6 inches and temperatures below freezing in Galveston and Houston in mid-February 2021 as a result of one of these cold snaps. The polar jet stream shifted southward as the NOAA recorded stratospheric warming at the North Pole. This disrupted the jet stream’s usual shape and allowed cold air to spill down into Texas.

National Geographic warns that this phenomenon is recurring and may become more severe overall as global warming worsens. This begs the question that applies to climate change as a whole: How can we resolve this?

It is known that greenhouse gas emissions, namely carbon dioxide, are contributing to global warming. The University Corporation for Atmospheric Research (UCAR) proposed many methods. These include using renewable energy to generate electricity such as solar power, hydroelectric dams, and windmills.

Despite a dreadful history, an idea has been proposed to use wind-driven hydrogen dirigibles to ship supplies overseas instead of burning fossil fuels to power tankers; unmanned airships would be raised into the polar jet stream and circle the globe in two weeks.

The bottom line is that there is no concrete solution to the mystery, but what we may do to figure out how to improve the state of the polar jet stream will benefit the greater climate because of its connection.

We are an adaptive species capable of more than anything else on Earth. Perhaps our only restraint is our own self-doubt.