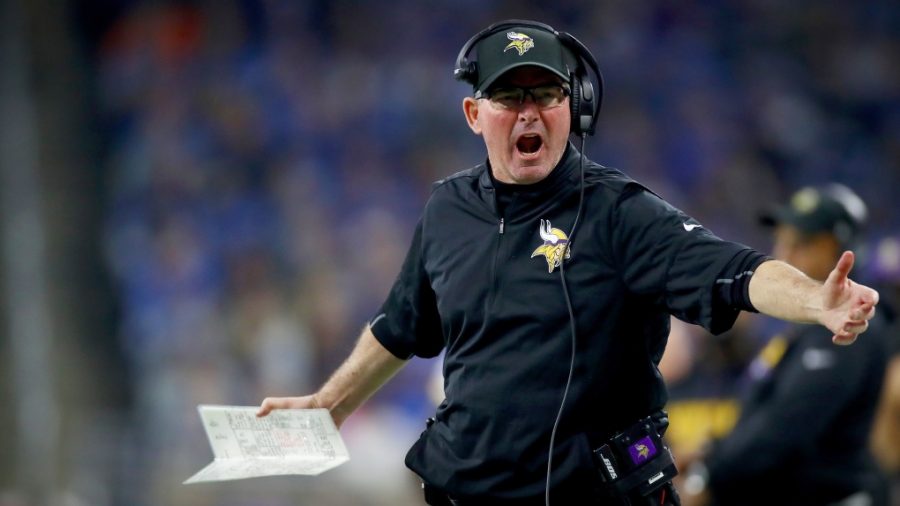 Mike Zimmer Should Be Fired Now

The Vikings 2021 season hasn’t gone the way we have wanted it to go with a 5-6 record going into week 13. The Vikings have only had one dominant win against the Seahawks in week 3, a 30-17 win totally dominating Russel Wilson for the first time ever. The rest of the Viking’s games have been struggles either on offense or on defense. In games against the Lions and Cowboys the Vikings offense couldn’t do much. They let a career backup in Cooper Rush out score them in week 8, almost lost to the winless Lions in week 5, and blew a double digit third quarter lead to the Ravens in week 9.

Although things have started to look promising it might be time to start planning for the future with a tough schedule against teams like the Packers, Rams, and Steelers in the coming weeks.

Where Do The Vikings Stand As A Team?

With the inconsistent play from the Vikings on both sides of the ball, who is to blame and who is on the chopping block? You could blame just about everyone in the Vikings front office from General Manager Rick Spielman to first time Offensive Coordinator Klint Kubiak. Even with the problems all over the Vikings organization you can pin the majority of the blame on Coach Zimmer.

First off defense, don’t get me wrong, the defense has improved slightly from last year going from 29th in points forwarded to 24th in the league. That isn’t an incredible stat to have but it shows that the defensive personnel have improved and they are developing as a unit. Next offense, the offense is star studded with our deep skill positions with Justin Jefferson, Adam Thielen, and Dalvin Cook leading the way at Wide Receiver and Running Back. With each of these players making at least one pro bowl including Quarterback Kirk Cousins. Why has the offense been so inconsistent and is Zimmer to blame?

Yes He is to Blame for the Struggles on Offense

Zimmer is an experienced Coach he should know when to keep the foot on the gas and when to slow the offense down. Zimmer has been the Vikings head coach for eight seasons including the current 2021 season, leading the Vikings to only 3 playoff appearances making the NFC Championship once.

This season on offense the Vikings have come out guns blazing with the 7th most first quarter points per game at 6.1 consistently scoring on their first drive, they also average 7.8 in the 2nd, 6 in the 3rd and 5.1 in the 4th the 26th lowest in the league. This shows that the Vikings are playing too conservatively when they have the lead in the second half.

Now the Vikings have started to open up the playbook, they haven’t been afraid as of late to throw the ball deep as they are now 12th in IAY (Intended Air Yards) with 2960 yards meaning they have been throwing deep lately. When they have thrown it deep they have had success especially throwing to stud sophomore receiver Justin Jefferson. This goes to show that. Offense isn’t the main reason Zimmer should be fired but defense is.

The Vikings pass defense has been great this year with the additions of Cornerback Patrick Peterson playing like his pro bowl self and Safety Xavier Woods proving that he is a solid player with his second on the team 2 interceptions and third in tackles 60 (stats through week 11). On the other hand the rushing defense has been very terrible allowing 134.4 rushing yards per game the 3rd most in the league behind the Chargers and Texans with new addition Dalvin Tomlinson, not living up to his $22 million dollar contract given to him this past offseason.

That is why Head Coach Mike Zimmer should be fired from the Vikings, because the offense can’t close out games and the defense that Zimmer specializes in can’t hold a lead or stop the run. It may be time for the Vikings to move on.